The History of The Portuguese Branch of the International Law Association

1. Introduction
The Portuguese branch, Sociedade Portuguesa de Direito Internacional (Portuguese Society of International Law) – hereunder referred as SPDI - is a non-profit association, established under Portuguese law in 2002.
When SPDI was founded, the most prestigious members of the Portuguese academiawho were already retired were invited to became honorary members. They all accepted the invitation.
The founders of SPDI were professors of International Law, but the association isinclusive, open to everyone interested in International law, both public or private.
The current members are mainly academics and lawyers.
The objective of SPDI is , according with its bylaws, the study and dissemination of Public International Law, Private International Law and Comparative Law and in view of this objective:
• To organize colloquiums, conferences and seminars;
• To publish revues and other publications, with or without periodic character;
• To establish relations with foreign associations;
• To prepare studies and opinions in the fields of law to whose study and dissemination it is dedicated.
The bylaws also provide that SPDI can be affiliated to national or international associations which have similar objectives.
Before the establishment of SPDI the bylaws were subjected to approval by the ILA Headquarters and, after the its formal nihil obstat, the association was formed. In the first three years of existence the activity of SPDI was mainly focused on the dissemination of the association in the Portuguese international law community.
In this period, some of its members attended the ILA biennial conferences which took place in Berlin and Toronto and SPDI representatives were present in the Executive Committee and Full Committee meetings. Several members were admitted to
committees and study groups of ILA. 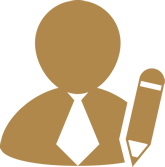 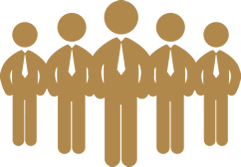